​UK surgical training has undergone major changes in the last 50 years. The old style time served senior registrar could deal with anything from a ruptured aneurism in a 75 year old to a pyloromyotomy in a 6 week old and from a wedge excision of an ear to a radical nephrectomy. These surgeons were not only the backbone of district hospitals in the UK, but with very little further training, could operate anywhere in the world.  More recently, an ST8 trainee with a CCT in colorectal surgery will be highly skilled in laparoscopic bowel resection but may never have worked in a urology unit, is unlikely to have any paediatric surgery experience and will not expect to have to deal with any vascular or breast cases.

​During their FY2 year, trainees interested in surgery will have applied for a Core Surgical Training post (2 years) and appointed though a National Selection process. A proportion of these posts will now be for run through training (8 years). Trainees accepted onto the core surgical training programme then apply for competitive entry into StR training (St3-8). The Intercollegiate Surgical Curriculum Programme (ISCP) website outlines the detailed curriculum for core and higher surgical training. Years 3-6 allow the trainee to develop generic skills in emergency and elective general surgery, rotating though different subspecialist units which may include upper and lower GI surgery, breast, transplant and paediatric surgery. Time in vascular surgery may also be possible. Years 7 and 8 would normally be spent in the trainee’s chosen subspecialty such as upper or lower GI surgery. During this period, the exit exam, which now has to be in a designated subspecialty, is taken, and successful completion of this and the Record of In-Training Assessment (RITA) requirements leads to the award of a Completion Certificate of Training (CCT) in the appropriate subspecialty in general surgery. During the final two years of training, or after completion of training, it is not unusual for a trainee to spend a year or more in a fellowship, often in a major academic centre in a very subspecialised area. Throughout years 3-8, trainees can take 6 months or more Out of Programme Training, Research or Experience with the agreement of the Training Programme Director.

The move towards more general training - is it enough? 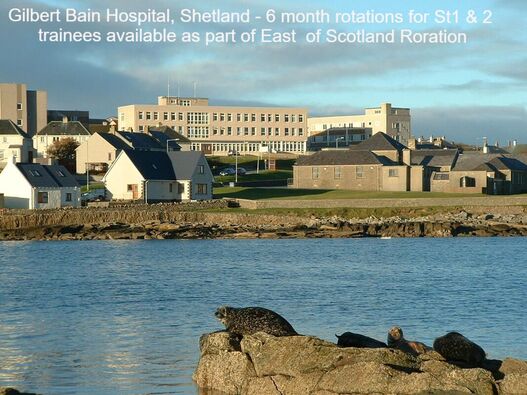 A number of problems have been created by increasing subspecialisation in UK. Within general surgery, there has been increasing difficulty in training, recruiting and retaining surgeons prepared to deal with even emergency upper and lower GI surgery, as many would prefer to concentrate on the highly specialised elective practice and are uncomfortable managing cases out with their own area of interest. These problems have been addressed in the Greenaway Report, leading to the RCSEng publishing the document Improving Surgical Training in 2015. The Joint Committee on Higher Surgical Training (JCHST) have produced a new surgical training curriculum in response, and GMC approval is awaited. The aim is to make all CCT holders more able to handle a surgical take in a large DGH or teaching hospital, but the new curriculum remains unlikely to equip the majority of trainees with further operative experience in subspecialties such as urology or paediatric surgery and will certainly not cover orthopaedics or gynaecology and obstetrics. 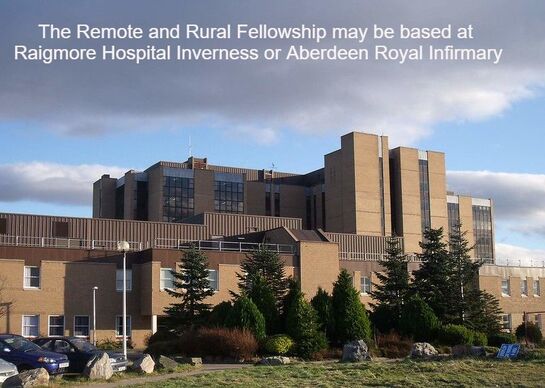 There is no subspecialty in Remote and Rural surgery recognised in UK. But appropriate training can still be obtained, ideally starting early on in surgical training. Core surgical training often still encompasses 6 month rotations in orthopaedics, plastic surgery or ENT. There are now several posts on the East of Scotland rotation for 6 months in R & R surgery at locations such as Western Isles Hospital, Island of Lewis, and Gilbert Bain Hospital, Lerwick, Shetland. Once Higher training has commenced, opportunities to rotate though paediatric surgery, breast surgery, vascular surgery are available. While attached to upper and lower GI surgery units, gaining skills in upper and lower GI endoscopy as well as emergency general surgery is essential. A subspecialty is still required, and trainees may be best to undertake lower GI surgery, as major upper GI surgery is now very centralised. Once a CCT has been obtained, a Remote and Rural Fellowship is available for 1-2 years in Inverness or Aberdeen. This can be as a standalone fellowship, or as a proleptic appointment to one of the six Rural General Hospitals in the North of Scotland.
The Remote and Rural Fellowship could include 6 month in urology, 6 months in orthopaedics (dealing mainly with orthopaedic trauma and minor cold orthopaedics) then shorter periods in ENT, ophthalmology, neurosurgery, obstetrics and gynaecology, Accident and Emergency, and a spell at one or more of the rural surgical units. Those appointed on a proleptic basis are able to tailor their training according to the needs of the unit they were destined for.
Training in Rural General Surgery is more fully outlined in a publication by the Royal College of Surgeons of Edinburgh in 2016,  Standards Informing Delivery of Care in Rural Surgery. The new training curriculum designed to match the Improving Surgical Training project is expected to include an optional 4 month Remote and Rural surgery module based at a rural hospital.
This type of training is also ideal for any surgical trainees considering spending part of their career in a rural hospital in a developing nation, getting involved with Global Surgery, or volunteering with organisations such as the International Red Cross or Medecins Sans Frontieres.